VLT – Visible Light Transmission
The part pf the solar energy with wavelengths between 380 and 780nm (visible light) that is directly transmitted through the glass.

VLR – Visible Light Reflection
The part of the solar energy with wavelengths between 280 and 380nm that is directly rejected.

UVR – UV Rejection
The part of the solar energy with wavelengths between 280 and 380nm that is directly rejected.

TSA – Total Solar Energy Absorbed
The percentage of total solar energy (280-2500nm) that is absorbed by the glass and transformed into heat.

TSR – Total Solar Reflection
The percentage of total solar energy (280-2500nm) that is reflected by the glass back to the outside.

SER – Solar Energy Rejected
The total solar energy feflection plus the re-diation of the absorbed solar energy to the exterior.

A vast majority of car owners enjoy having their windows tinting film for various reasons. Whether they want to implement added climate control to the interior temperature or improve their overall sense of privacy within their vehicle, tinting windows is a popular method of obtaining certain automobile goals. With high quality ceramic tinting film Malaysia, you can reconcile issues like these with little to no effort. The sun increases the temperature of a car to somewhat unbearable temperatures, which can in turn drain resources and energy from the vehicle. Ceramic tints are much more efficient at preventing this tragedy, and they should be your number one consideration for tinting.

What Is Ceramic Tinting Film Malaysia?

There are a plethora of forms of tinting film for glass, from metallic to ceramic, and their benefits range from privacy to climate control. While metallic window tinting film tend to be much darker, they do very little for actual heat reduction. In Malaysia, it can be incredibly beneficial to prevent the damage of the sun’s UV rays without risking the darkness of metallic tinting film extending past the regulation.

Ceramic windows tinting film Malaysia is self-adhesive and easy to use, but what is it made out of? How does it work? The ceramic tinting film in Malaysia is a kind of window tint that is non-metallic, using layered nanotechnology of a ceramic nature in order to prevent heat from the sun from impacting the car’s interior. The ceramic nanotech is preferable to any other form of window tinting film in Malaysia because it is so efficient and easy. It blocks roughly 99% of the UV rays as well as the Infrared rays, keeping the vehicle cool and free from sun-oriented carcinogens.

In addition to generally being made for efficiency, ceramic windows tinting film Malaysia is beyond capable of keeping the car cool and comfortable throughout the day. Overheating is a common source of serious car damage, but with the benefit of ceramic window tinting film any car can be saved from this problematic occurrence. The car becomes automatically safer, and the lovely tinting film does little to impair visibility through extraneous darkness the way metallic tinting film does. The benefits of ceramic tinting film far outweigh the cost, especially considering the minimal effort and impressive energy savings. Ceramic tinting films are a fiscally sound investment, promising to reduce emissions because of more optimal climate control, and they protect the individual from damage. 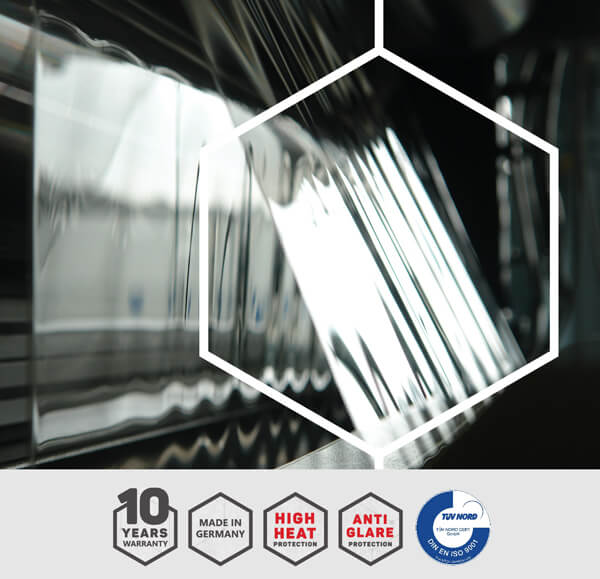